DEM/CFD methods for reacting particle systems are currently still in their infancy, although recent approaches have shown their basic potential to describe them. However, fundamental deficits still exist for available DEM/CFD methods and implementations. This is mainly due to the complex interactions between heat and mass transfer as well as the simultaneous reaction of particles and surrounding gas, which all have to be taken into account. In the first funding period, the following major topics will be tackled in project C7, which will provide a central contribution to solve some of the fundamental issues.

Firstly, a method will be developed combining the relatively fast but inaccurate porous medium approach with the high-resolution, but more expensive Immersed Boundary Method (IBM). The time and space dependence of the morphology of polydisperse, moving beds can be thus appropriately accounted for and will lead to an accurate description of the interstitial flow field. This is, in turn, of crucial importance for chemically reacting granular assemblies because mixing processes typically determine the reaction rate within those systems. In this respect, a Very Large Eddy approach (VLES, actually blending URANS with LES) and its capability of predicting the characteristics of typically strongly inhomogeneous flow field (laminar-turbulent) also at fluid-solid interfaces will be evaluated.

Secondly, a strategy will be devised to define the necessary level of detail in single-particle reaction models of thermally thick particles in order to represent the correct system behaviour. Finally, a new tabulation approach will be proposed which will be applicable to the neighbour-search algorithms central to the DEM/CFD formulation and especially expensive in case of polydisperse assemblies, as well as to the efficient calculation and storage of reaction-related source terms.

The proposed project will investigate the concepts mentioned above, which form a central part of a new advanced and flexible DEM/CFD framework, especially designed for the simulation of moving and reacting thermally thick bulk material passed by reacting fluids. Although spherical particles are in the focus of funding period 1, initial steps will be taken for a future full extension to arbitrarily shaped polyhedral objects and adaptive local mesh refinement, as foreseen for funding period 2 and 3.

The work in C7 will be carried out in close cooperation with the service project S (di Mare). C7 will consider the scientific aspects of the DEM-specific modelling whereas S will check the consistency of the entire simulation process, from pre- to post-processing and solution.

The framework thus developed will be assessed in particular in C7 by comparison with the system experiments C2 and C3 of the CRC/TRR. The new framework will be released as an open-source software at the end of the first funding period. The formal release will occur through the project S. 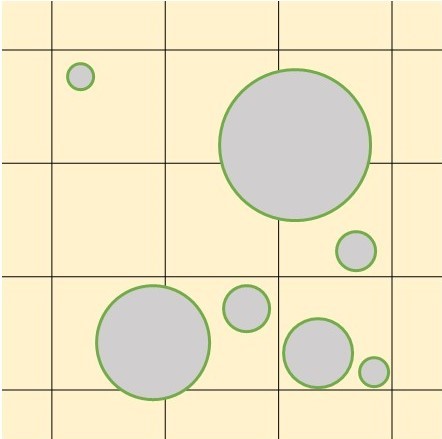